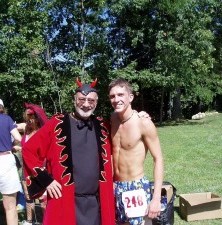 Dances With Dirt, Hell was the first in the DWD Series of races (others now taking place in Indiana, Wisconsin, and in Florida, all at different times of the year) and is by far the one to set the standard.  I have done the 100k (5-person) relay for ten years now and it is easily the funnest running event I’ve ever done and what I look forward to every year.

Here’s the setup: About 350 teams start out together each year (one runner from each team) in the first (aptly called The Stampede) of 15 legs that begin the day of madness.  From there, the rest of each team get in their one team vehicle and drive to another location where the first leg ends.  The team waits for their teammate to come in, and when he or she comes in the next runner slaps hands with them and the next runner takes off on their leg.  The rest of the team, including the recently-finished runner, hop back into the car and go to the location of the end of the current leg (which is the start of the next).  And so it goes for 15 legs total!

It’s an amazingly chaotic and fun day of dropping a runner off, picking a runner up, and going to the next exchange zone.  Each runner runs 3 of 15 legs of varying distances (generally 2.5-6-ish miles each).  Oh, and did I mention the course?

The course is a mix of trail and [mainly] off-trail–which means the runner is just following a specific-colored ribbons while crashing through the wilderness to their destination.  Also insert brutal hills, river-crossings (sans bridges), waist-deep muck, rocks, roots, and (if you’re lucky) a little bit of winding trail.

I never thought I could have so much fun running such a brutal course, but with a like-minded team (oh, also, many people choose to all dress up or at least decorate their vehicle vulgarly) out to either do some work or just have fun, it’s definitely a blast.

Dances With Dirt Hell is popular enough that it fills up (generally on the day it opens), so act quick if you want to give it a shot.  The other DWD-series races aren’t as popular yet, but Hell is to a point where it’s organization is top-notch.  I highly, highly recommend trying this race at least once.  Once you’re hooked, you’ll want to go back and do it again to try some of the other legs! 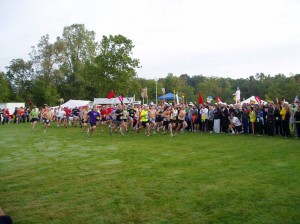 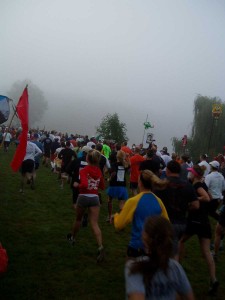 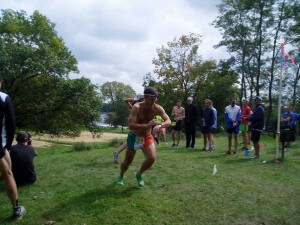 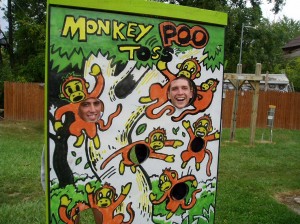 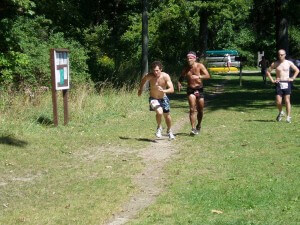 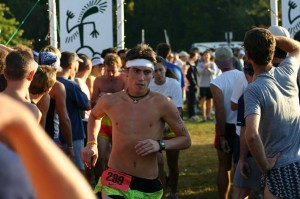 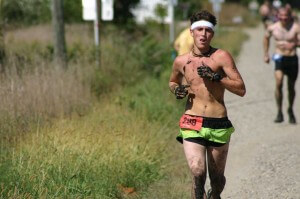 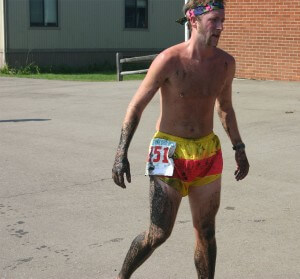 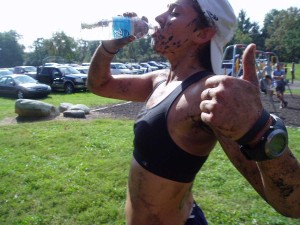 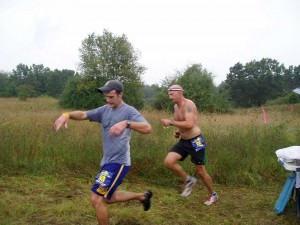 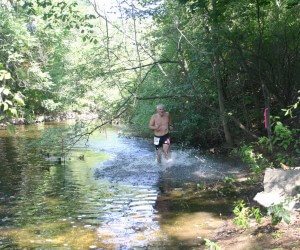 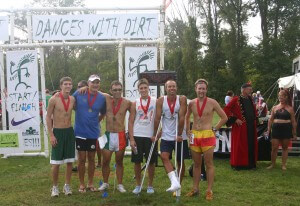 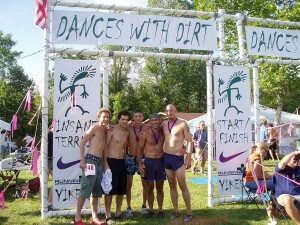 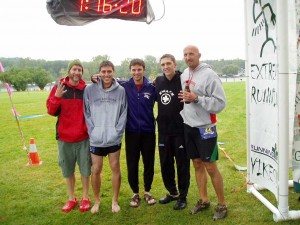 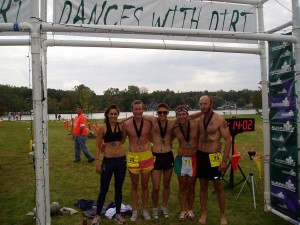