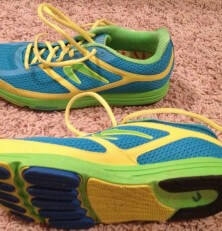 The Newton Energy running shoes are supposed to be an “intro to Newton” shoe, or even an intro to more of a minimalist, mid to forefoot-striking shoe. It does a good job. It definitely has a smaller heel-to-toe drop (6mm) than a traditional trainer (often around 12-14mm) and the trademark Newton “lugs” (on the forefoot of the shoe, that helps focus your foot strikes to that area) are less substantial.

Since this isn’t my first run-in (get it?) with Newton (I’ve worked out and raced quite a bit now in my Distance), I was already pretty used to the feeling of being slightly propelled up onto my forefeet, as the lugs assist with. The Energy helped to this in the very same way, but much more mildly so.

They felt good out of the box, light ans snappy, you can definitely feel the flatness of the lesser heel-to-toe drop. The lugs nor the drop were crazily abrupt in comparison to a traditional trainer, so I see this as being a really good transitional shoe. I could also easily see this as being a solid racing flat, ranging from a 5k to a half marathon. Any longer that that, I would personally probably want something with a little more support–however, I’ve only ran up to 8 miles at a time in them so far, so they could still be good for longer yet.

My only complaint is one I also had with the Distance–without wearing a sock with a heel tab pad, the back of one of my heels was pinched to the extent that it started to blister. I didn’t notice when I was actually running, but afterward it was clearly roughed up. When I next used a sock with a padded heel, I had no issues.

Overall I really like the feel of this shoe, and look forward to trying it on some other surfaces (just track and sidewalks so far) and trying it out for some slightly longer distances as well. 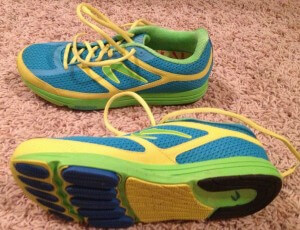 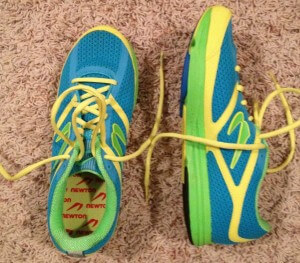 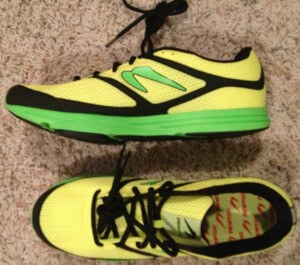 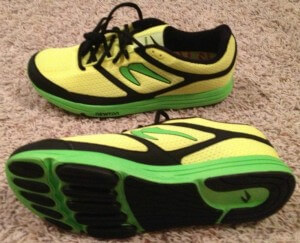